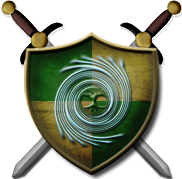 Greetings everyone, it is time for another development roadmap!

The addition of new Gothrang units in patch .3.2.0 has gone very smoothly and we are happy with the preliminary results so far. With beta version .3.2.0 launched, it's time for an update on the state of development for the rest of this week, before we move in to the final phase before release next Tuesday, December 19.

New Map:
We are preparing a new map, Far Galathia, for the next update.
Far Galathia will feature thick, heavily forest mountain chains that surround dry grasslands and fertile river valleys. The dry grasslands will be perfect for cavalry forces, but the nearby forested mountain chains will enable large armies of light infantry to maneuver without fear of enemy cavalry. Screenshots will follow shortly.

Community:
New dev blogs will continue to come out this week to shed more light on both the factions and unique gameplay mechanics of Goblin Storm. You can expect to see a faction introduction for the Gothrang soon as well as a dev blog on beasts.

We are also planning a developer let's play so you guys an see the game in action before release.